John Lewis spots trends in a year of containment

Shop for fall clothes at this holiday sale

During this year’s legislative session, the House and Senate agreed to use $ 250 million of the money the state received from the

American bailout plan to pay premium to frontline workers of Covid-19. The idea was to form a joint task force of three senators, three representatives and three members of Governor Walz’s administration who could work all summer to determine who should get the money and how much they should be paid. The governor would then call an extraordinary session, which had been tentatively scheduled for September 14, the legislature would approve the deal, and the checks would be issued shortly thereafter.

Sadly, like all other Legislative negotiations this year, the conversations turned contentious and Republicans and Democrats disagreed along party lines. Not only did the task force miss its Labor Day deadline to reach a deal, but three weeks after the deadline, there was no movement on either side.

What is at stake is what constitutes a frontline worker. Republicans argue the money should go to healthcare workers in hospitals and long-term care facilities, while Democrats support a wider dispersion to include food production workers, child care workers and even truck drivers.

State Senator Rich Draheim has said he prefers the money to go strictly to healthcare workers for several reasons.

He highlighted the shortage of health workers in the state. If nothing changes, he said, things will only get worse and the state should do everything in its power to keep these people in the careers of their choice.

He also simply argued that in order for the payments to be enough to really help, there must be fewer eligible people. The more people on the list, he said, the smaller the payments will be.

“The more people you add, the less dollars come out [to them]. So do you want a whole bunch of people to get $ 40? Obviously, people who work in a hospital, nursing home, first responders, those would be my top three choices. “

Although the working group remains in place, no further information has been provided and the scheduled extraordinary session now appears unlikely. During its regular meeting tonight, Northfield City Council will discuss and vote on a resolution to approve Kraewood’s preliminary development plan on the former Paulson Tree Farm property.

Local developers Rebound Partners and Schmidt Homes, along with the Stencil Group, are proposing to build 22 single and multi-family homes as well as a 100-unit apartment complex on what was once the Paulson family’s Christmas tree farm. . Like the rest of Minnesota, the city of Northfield is currently experiencing a severe housing shortage, and the city has supported development, albeit a little cautious.

There has been fierce opposition to the project from residents of the neighborhood adjacent to the property for a variety of reasons ranging from safety and traffic concerns to environmental concerns. A group of local citizens, Northfield SHED, mobilized this opposition and brought it to every meeting of the Planning Commission and City Council.

Despite opposition, the planning commission approved the preliminary platform with conditions which they detailed in a note to the council. Brett Reese of Rebound Partners said the terms are acceptable. He said development is important to the Paulson family and the city of Northfield, and development partners have taken care to ensure that the development meets the parameters the city has set for housing developments.

“If you look at the overall city plan and the land use code, it talks about infill, density, affordability, connectivity, increasing the tax base, and we think Kraewood does it all. that. And then there’s just a need for housing in Northfield and we’re trying to help meet that need.

The developers have also requested funding through the city’s tax increase to help with development. The Council will discuss it in early October. If all approvals are obtained, Reese said there was an outside chance they could break new ground this fall. 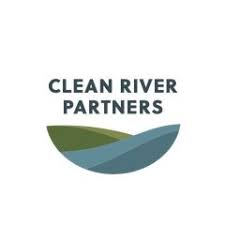 Featuring submitted films from around the world, the festival features short films on environmental themes to promote discussion of local water and environmental issues. According to the Clean River Partners website, the films present a “multitude of ways of thinking about the environment, from narrative documentaries to experimental and animated shorts.”

Kevin Strauss, CRP’s community engagement coordinator, said the films vary in length and some are only 3 minutes long. Some of the filmmakers are widely known within their industry and have worked on other national projects, while others were created by local Northfield filmmakers. Films range from winners screened at festivals across the country to daring new student films.

The film festival, which is normally held in February, has been postponed this year due to the Covid-19 pandemic. Strauss said a grant from Northfield Shares enabled CRP to host the outdoor festival this year, and the town of Northfield has offered use of both the park and the town’s Showmobile.

In addition to the movies, Farmstead Bike Shop will be on-site to provide free bike safety checks and minor repairs. Patagonia will also be there with their repair tent to help fix clothes or bags.

The festival will open Friday at 6 p.m. Films will start at 7:00 a.m. and run until approximately 8:30 a.m. The festival is free, but Strauss said there will be no seating, so attendees must bring their own chairs.

Rich Larson is the director of KYMN News. Contact him at rich@kymnradio.net